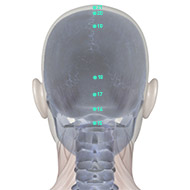 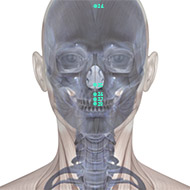 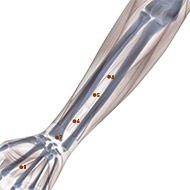 Autism is a neurodevelopmental disorder characterized by impaired social interaction, verbal and non-verbal communication, and restricted and repetitive behavior. Parents usually notice signs in the first two years of their child’s life. These signs often develop gradually, though some children with autism reach their developmental milestones at a normal pace and then regress. The diagnostic criteria require that symptoms become apparent in early childhood, typically before age three.1

Subjects with the autism disorder usually have difficulties to interact with other people. Other symptoms of this condition are: showing little emotion or empathy, having little or no spoken language, insisting on following routines and to become easily upset by change, and liking to flutter their fingers at the side of their eyes to watch the light flicker.2

It has long been presumed that there is a common cause at the genetic, cognitive, and neural levels for autism’s characteristic triad of symptoms. However, there is increasing suspicion that autism is instead a complex disorder whose core aspects have distinct causes that often co-occur.3 Autism has a strong genetic basis, although the genetics of autism are complex. Complexity arises due to interactions among multiple genes, the environment, and epigenetic factors which do not change DNA sequencing but are heritable and influence gene expression.4

Several lines of evidence point to synaptic dysfunction as a cause of autism. Some rare mutations may lead to autism by disrupting some synaptic pathways, such as those involved with cell adhesion. Gene replacement studies in mice suggest that autistic symptoms are closely related to later developmental steps that depend on activity in synapses and on activity-dependent changes.5

Another study shows that acupuncture in the treatment of autism spectrum disorders is usually related with the head area. Therefore, one method of acupuncture treatment herein proposed for autism disorder is scalp acupuncture, which is targeting the acupuncture point near the ear area.9