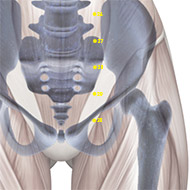 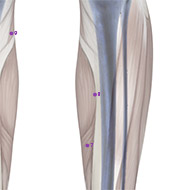 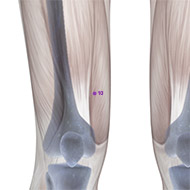 Acupuncture is the insertion of needles into particular body points in order to stimulate qi, or blood flow as it is closely linked to in Western medical terms. Qi flows through well defined pathways known as meridians, and by choosing the correct acupuncture points the endocrine system can be stimulated.1 In China acupuncture is frequently used to treat male and female fertility, whereas in Western culture acupuncture is predominantly used for musculoskeletal pain.2

Just over 50% of miscarriages have been attributed to chromosomal abnormalities, while the remaining percentage has often left room for potential medical treatment to prevent future miscarriages. Acupuncture therapy has been shown to improve hormonal responses during early pregnancy which overall decreases miscarriage rates.1 Some studies have also indicated that acupuncture may help to regulate the menstrual cycle while additionally having a relieving effect from amenorrhea.2

For women, overall blood cell production and blood flow may be improved which is believed to benefit the blood movement within the uterus.Women who have been subjected to acupuncture have been shown to have a lower miscarriage rate, and perhaps on a related note, in traditional Chinese medicine, vaginal bleeding during pregnancy is seen as a sign for previous or potential miscarriage which is usually treated with acupuncture.1

Stimulation of ear point 58 also influences the uterus, alongside ear point 22 which stabilises the endocrine system. Combined use of these can increase the levels of anti-stress hormones sent from the brain to the ovaries by increasing the concentration of β-endorphin in cerebrospinal fluid. Some studies have shown that regular electroacupuncture can have a positive effect on this hypothalamic-pituitary-ovarian pathway.2

For polycystic ovary syndrome (PCOS) sufferers, common symptoms include impaired glucose regulation and insulin resistance. Acupuncture treatment can increase the body’s glucose uptake for women with PCOS. This is through placing acupuncture needles in the abdominal muscles, quadriceps muscles and below the knee in somatic segments.4

For individuals with very low sperm density and motility, acupuncture has been reported to improve the condition. This improvement is most significant in severely affected males, with the effect decreasing in proportion to the starting sperm count. In particular, males with genital tract infection have shown the biggest improvement of spermatozoa ejaculate in terms of numbers.5

A study involving males with low sperm quality who have had trouble conceiving naturally showed an improved sperm quality after having undergone regular acupuncture treatment for 10 weeks. Upon scientific examination of semen samples, their sperm activity after treatment showed significant improvements in terms of motility, intact axoneme and mean value of the fertility index. A large percentage of the males were reclassified as fertile after treatment, therefore concluding that acupuncture has a positive impact on male fertility, especially on males suffering from infertility and low sperm quality.6

It has been proposed that in the United Kingdom a lot of acupuncture performed to improve fertility is carried out by GPs who may not have had specialist training and do not require a formal qualification in acupuncture to carry this out. This has led to the assumption that those in Western countries may not be receiving the same kind of acupuncture as that seen in China which has had very positive effects on fertility. Furthermore, most Western countries tend to combine acupuncture with Western style treatments, meaning that the pure effects of acupuncture may not be observed. In these circumstances, most GPs view acupuncture as a complementary therapy for infertility, as well as using it for it’s relaxation and stress reducing properties which can also aid in reproduction.7