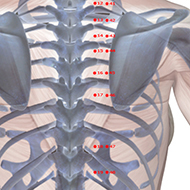 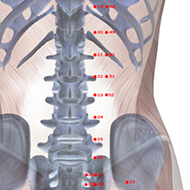 A metabolic condition which affects more than four million people in the UK and 382 million people worldwide1, diabetes can cause serious complications and even shorten the lifespan if not properly managed.

Glucose is vital to the healthy functioning of the cells but in diabetes, the body is unable to process it properly leading to excessive amounts circulating in the bloodstream. This means that the cells don’t receive sufficient quantities and without this vital energy, they start to die.

Diabetes can be treated in lots of different ways ranging from simple lifestyle measures to daily injections of insulin. However, acupuncture has been demonstrated as having the ability to supplement orthodox treatments, acting as a very effective adjuvant therapy which can improve control and reduce the risk of complications.

There are two different types of diabetes; these are known as Type 1 and Type 2.

Type 1 diabetes used to be known as insulin dependent diabetes and tends to occur at a much younger age. In this form of diabetes, the specialist β cells within the Islets of Langerhans stop producing enough insulin because they are damaged.

Type II diabetes typically manifests in the later years of life and can be triggered by factors such as obesity. With Type II diabetes, sufficient quantities of insulin are produced by the β cells but the body fails to respond, becoming resistant to its effect.

Insulin is often required to treat Type 1 diabetes as a replacement for the failure of the β cells to produce what’s needed.

In Type II diabetes, a change in lifestyle can sometimes be all that’s needed. Stopping smoking, losing weight and taking more exercise can help the body to start to respond to the insulin properly again. A change in diet is an essential part of this too; cutting out sugary foods is necessary to bring about better control of the blood glucose levels. These changes don’t always work and in some cases treatment, even possibly insulin, is needed.

Regardless of the type of diabetes, control of blood glucose levels is imperative to prevent complications from developing. Left uncontrolled, diabetes can lead to serious conditions such as neuropathy and damage the body’s main organs such as the kidneys.

Although there are a number of orthodox treatments for diabetes, studies have shown repeatedly that acupuncture can have a direct impact both on the body’s response to insulin and the levels within the blood.

In 2010, a review of 234 articles2 was carried out which concluded that there was evidence to demonstrate that acupuncture could effectively treat insulin resistance. Individuals with Type II diabetes were shown to have more insulin in their blood after acupuncture treatment than before, allowing elevated glucose levels to be brought under control without medication.

When acupuncture was combined with moxibustion, the results recorded were even more impressive3. As well as superior control being noted in the blood and urine, there was also an improvement HbA1C (the blood test which shows the average control maintained over the last three months).

Acupuncture doesn’t just have the potential to treat insulin resistance, it also has been shown to be effective in treating diabetic complications such as polyneuropathy. This condition develops when glucose control is poor and in the worse case scenario can cause limb amputation or death.

The Diabetes Research and Clinical Practice carried out research4, which revealed that 77% of individuals suffering with polyneuropathy experienced a significant improvement in their neuropathic symptoms while 21% were completely cured by acupuncture. No side effects of the acupuncture treatment were found.

Science is not yet fully able to explain why acupuncture is able to have such a profound impact on diabetic control but it’s believed to be related to the change in the levels of nitrogen and better local circulation.