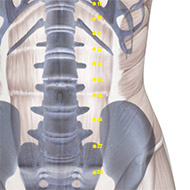 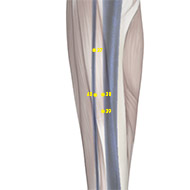 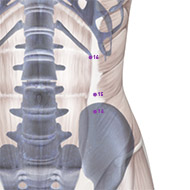 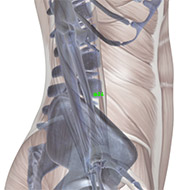 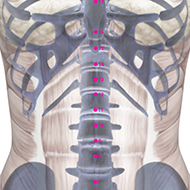 Obesity is a medical condition defined as a BMI of 30 or over. Primarily caused by consuming more calories than one burns off, obesity may also have more complex secondary psychological and/or genetic origins1. If untreated, obesity may lead to diabetes, hypertension, coronary artery disease, gallbladder inflammation and metabolic disorders.

Studies have shown that needling of auricular points helped to lower the appetite, increase satiety with less food, as well as lower insulin and lipid levels. A balance system also provides more circulation of blood and nutrients to the muscles, bones, and tissues so that an individual can exercise longer, thus burning more stored fat without becoming tired or light headed which can be discouraging factors when beginning an exercise programme.3

Acupuncture stimulation of the endocrine system not only improves metabolism, but regulates many other functions of the body. Therefore, acupuncture not only focuses on an individual’s problem ares such as kidney or spleen function, etc, but also balances the whole person. It gives people an opportunity to experience health and how they can improve despite their external appearances. This is very important as it generates a real experience of feeling at home in their bodies and gives people the motivation to take an active role in their own well-being against obesity.

It is well known that many individuals who are obese have psychological factors which influence their eating patterns; a good acupuncturist should be able to identify these. Before any treatment starts an overall assessment of the individual’s health is carried out to estimate both physical and psychological conditions which need to be treated along with the obesity.

Current research suggests that when acupuncture is used, weight loss is more easily achieved and also more likely to be sustained compared to conventional weight loss methods and sham acupuncture.5 Furthermore, it has been observed that acupuncture application to obese people increases excitability of the satiety center in the ventromedial nuclei of the hypothalamus. In fact, acupuncture stimulates the auricular branch of the vagal nerve and raises serotonin levels.

Stimulating the auricular branch of the vagal nerve and raising of serotonin levels have shown to increase tone in the smooth muscle of the stomach, thus suppressing appetite. Among other things, serotonin enhances intestinal motility. It also controls stress and depression via endorphine and dopamine production. In addition to these effects, it is believed that the increase in plasma levels of beta endorphine after acupuncture application can contribute to the body weight loss in obese people by mobilizing the body energy deposits through lipolithic effect.6

Moreover, acupuncture contributes to weight loss by affecting proteins such as leptin which play a direct role in obesity. In fact, acupuncture reduces the incidence of insulin resistance, increases the production of insulin and reduces unhealthy LDL cholesterol while increasing healthy HDL cholesterol. No side effects have been identified from acupuncture treatment for obesity, unlike some of the conventional medical treatments.