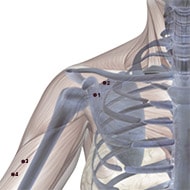 People with the drugs abuse or addiction usually perform symptoms such as intense urges for the drug, Making certain of supply of the drug, stealing the drugs, problems with daily works, unable to stop using the drug, withdrawal symptoms, and spending unsual amount of money on drugs.
2

The role of acupuncture for curing drug abuse already recognised by the WHO. After receiving certain treatment, the patient of drug abuse have reported increasing level of many hormone such as enkephalin, epinephrine, endorphin, serotonin, norepinephrine, and dopamine. One method of acupuncture, which is auricular acupuncture is in treating alcohol and drug abuse.
4