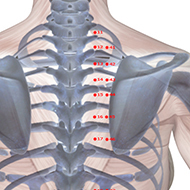 As stated above, eating disorder is merely a mental disorder. The cause of eating disorder is somewhat complex cause. It is consist of many factos such as biological, psychological,and/or environmental abnormalities. Example of biological factors are irregular hormone functions. Factor that include in psychological factors are Negative body image and Poor self-esteem. Environmental factors that could be the cause of eating disorders are Dysfunctional family dynamic, Stressful transitions or life changes, and childhood traumas.
3