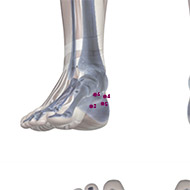 Epilepsy is actually a name of group of brain disorder. Epilepsy seizures is a short period of abnormal excessive or synchronous neuronal activity in the brain. This short period of neuron activity inside thebrain will produce uncontrolled jerking movement and temporary loss of awareness. People with no epilepsy disorder however can also develop seizures. This is possible due to the brain trauma, drug use, and elevated body temperature.
1

Symptoms of epilepsy are not same among the epilepsy patient. It is actually depend on the location of brain part that is affected. There are so many symptoms of epilepsy such as Brief blackout, Behavioral change, drooling, eye movements, grunting, loss of bladder or bowel control, sudden falling, entire body shaking, and teeth clenching.
2

The true cause of epilepsy is vary among person. It depend on the age of the person. The cause of epilepsy are genes factors, change of brain structures, being autism, brain infections, head injuries or trauma, strokes, brain tumor, and also Alzheimer’s disease.
3