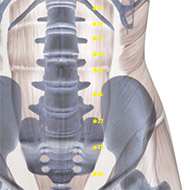 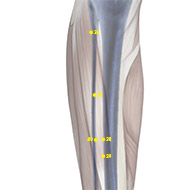 Crohn’s disease is a disease originated within the digestive tract. In fact, it is a type of inflammatory bowel disease (IBD) that affects any part of the gastrointestinal tract from mouth to anus. Furthermore, it is regarded as a chronic disease because it can last for a long period of time. It is characterized by pain which is usually felt in the abdomen and is caused by an inflammation inside the digestive tract itself.1

Crohn’s disease affects about 3 per 1,000 people in Europe and North America, although is less popular in Asia and Africa it has historically been more common in the developed world. Rates have, however increased particularly in the developing world since the 1970s. Inflammatory bowel disease resulted in nearly 48,000 deaths in 2015 and those with this disease have a slightly reduced life expectancy. This condition tends to start in the teens and twenties, although it can occur at any age of life.2

There are many signs and symptoms often including abdominal pain, diarrhea (which may come with blood if inflammation is severe), fever, and weight loss. Other complications are known outside the gastrointestinal tract including anemia, skin rashes, arthritis, inflammation of the eye and feeling tired. The skin rashes are due to infections as well as pyoderma gangrenosum or erythema nodosum. Bowel obstruction is also common and those with the disease are at higher risk of bowel cancer.3

Crohn’s disease is caused by a combination of factors including environment, immunity and bacteria in genetically susceptible individuals. It then results in a chronic inflammatory disorder, in which the body’s immune system reacts and further attacks the gastrointestinal tract. While Crohn’s is an immune related disease, it does not really appear to be an autoimmune disease, in that the immune system is not being triggered by the body itself. The exact underlying mechanism related to this immune malfunction is not yet clear.4

However Crohn’s Disease could be considered a state of immunodeficiency, it is clear that half of the risk is related to genetics, with near 70 genes found to be involved. Specifically, tobacco smokers are two times more likely to develop this disease than nonsmokers. This condition is also known to often begin after gastroenteritis. Furthermore, diagnosis is based on different findings including biopsy, appearance of the bowel wall, medical imaging and description of the disease itself. Other conditions that can present themselves similarly include irritable bowel syndrome and Behçet’s disease.5

Acupuncture deals with Crohn’s Disease by stimulating the following acupoints of Zusanli (ST-36), Shangjuxu (ST-37), Gongsun (SP-4), Sanyinjiao (SP-6), Taixi (KI-3), and Taichong (LV-3). The needle should be inserted at the depth of 20-30 mm. Then, manual acupuncture is to be conducted to achieve a qi sensation. The treatment itself should last 30 minutes but the course of the treatment itself should contain 36 treatments during 12 weeks in a row.7