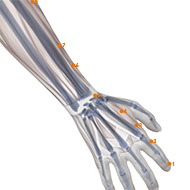 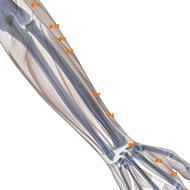 Depression is a recognised health condition with symptoms ranging from persistent low mood and memory loss, to suicide. However, sufferers can recover completely if treated and supported.1

A 2012 review2 found that acupuncture for depression is generally beneficial, safe, and can reduce the side effects of anti-depressants. However, the authors noted that the overall body of evidence is limited.

Most past studies to investigate the effect of acupuncture on depression have proved inconclusive, and have had mixed results on their measurable effect on major depression. Some studies suggest that over half of subjects had experienced full remission3, whereas some have reported negligible effects.4 However more recently there have been a few new studies which have led to the belief that acupuncture can have a noticeable beneficial effect. The most common themes within these studies is that acupuncture is usually administered in conjunction with counselling and antidepressant drugs, not as a sole treatment, and acupuncture therapy has the biggest effect on those suffering from long term depression. Patients subjected to acupuncture and Western style treatments have reported feeling less anxious and less depressed than individuals who have only undergone counselling and antidepressants alone.5

Every year approximately 2.6 million cases of depression are reported in England, which is believed to equate to over £9 billion worth of funding, yet only 66% of patients show an adequate response to pharmacological antidepressant treatment. Moreover, around 30% of patients fail to adhere to their medication regime. Because of this, there is a growing interest in the role of acupuncture within depression therapy as it is seen as a more reliable and cheap option. However at present, acupuncture is rarely provided as part of the standard NHS mental health service.6

Although acupuncture sessions are generally more affordable than other treatment options, because of the training of appropriate medical professionals and regulations that needs to be put in place it is estimated that it would not currently be cost-effective. Also, because of the need for continual sessions to bring about continual benefits it is not always deemed as a viable long-term option for most depression cases.7

Women are statistically more likely to develop depression, and pregnant women, and even those trying to conceive, who have been diagnosed with depression often temporarily give up antidepressant treatment as it is thought to have certain implications on a baby’s development. This can pose a risk to the mother and baby throughout pregnancy and also towards the development of postnatal depression, and of these up to 20% of cases can lead to postpartum suicide. Therefore acupuncture is slowly being seen as an alternative treatment during the periods before, during and immediately after pregnancy. In the UK, it is believed more than a 25% of women use some form of traditional Chinese medicine during pregnancy.8

Although acupuncture is emerging as a viable alternative treatment for many cases of depression, studies that have been carried out do not necessarily correlate with one another and can have contrasting conclusions about the true effectiveness of acupuncture. As such, it cannot presently be a recommended form of primary treatment for depression9, however does look promising based on the more recent studies that have been carried out.

In a 2013 study10, depression is cited as a symptom of Liver Qi Stagnation & Spleen Qi Stagnation. The cited acupoints were: SP-6, LV-3, ST-36, LI-4, PC-6, Yintang, KD-3, CV-7, GV-20, KD-6, GB-34, LV-8, LI-11, SP-9, CV-12, Ear Shenmen/Auricular Shenmen, PC-7, ST-40. One treatment option lasting 12 sessions, once per week should be sufficient at the beginning. The treatment to be given not only consist of primary traditional acupuncture but also should involve electrical acupuncture, moxibustion and massage. Furthermore, the most common dietary advice during this treatment is to regulate and strengthen spleen function, resolving of damp (wetness)-phlegm based pathology, and tonification of blood and Yin.

Another study suggests the following acupoints to be manually and electrically stimulated: Baihui (GV-20), Yintang (MHN3), Fengfu (GV-16), Fengchi (GB-20), Dazhui (GV-14), Neiguan (PC-6), Sanyinjiao (SP-6); each 30 minute electroacupuncture session is to be conducted every other day for six consecutive weeks. The needles are to retained for 30 minutes, and each of the acupuncture points that are not connected to the device are manipulated manually for 5 – 15 seconds, after 15 minutes of retention and again just prior to removal.11