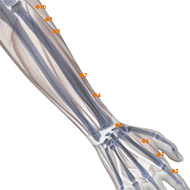 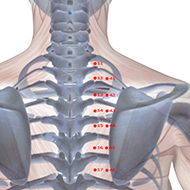 Pneumonia is an inflammatory condition of the lung affecting primarily the microscopic air sacs known as alveoli. These small sacs become bloated and filled with fluid or pus. This can happen in one or both lungs. Pneumonia affects approximately 450 million people globally (7% of the population) and results in about 4 million deaths per year. Pneumonia was regarded as “the captain of the men of death”. With the introduction of antibiotics and vaccines in the 20th century, survival improved. Nevertheless, in developing countries, and among the very old, the very young, and the chronically ill, pneumonia remains a leading cause of death. Pneumonia often shortens suffering among those already close to death and has thus been called “the old man’s friend”.1

Typical signs and symptoms include a varying severity and combination of productive or dry cough, chest pain, fever, and trouble breathing, depending on the underlying cause. In detail, people with infectious pneumonia often have a productive cough, fever accompanied by shaking chills, shortness of breath, sharp or stabbing chest pain during deep breathing, and an increased rate of breathing. In the elderly, confusion may be the most prominent sign. The typical signs and symptoms in children under five are fever, cough, and fast or difficult breathing. Fever is not very specific, as it occurs in many other common illnesses, may be absent in those with severe disease, malnutrition or in the elderly. In addition, a cough is frequently absent in children less than 2 months old. More severe signs and symptoms in children may include blue-tinged skin, unwillingness to drink, convulsions, persistant vomiting, extremes of temperature, or a decreased level of consciousness.2

Pneumonia is usually caused by infection by viruses or bacteria and less commonly by other microorganisms (such as by fungi and parasites),  medication or underlying conditions. Although there are more than 100 strains of infectious agents identified, only a few are responsible for the majority of the cases. Mixed infections with both viruses and bacteria may occur in up to 45% of infections in children and 15% of infections in adults. A causative agent may not be isolated in approximately half of cases despite careful testing. Risk factors include other lung diseases such as cystic fibrosis, Chronic Obstructive Pulmonary Disease (COPD), and asthma, diabetes, heart failure, a history of smoking, a poor ability to cough  following a stroke, or a weak immune system. Other more detailed conditions and risk factors that predispose to pneumonia include alcoholism, chronic kidney disease, and liver disease. The risk is also increased in old age.3

LU-1 and LU-2 stimulation is recommended for nourishing the Lungs; whereas, LU-5, LU-7 and LI-4 help to clear the Lungs instead. It is suggested to clear the pathogens out before the nourishment takes place. However, in this case, both should be considered because of their weakened state. Life force (qi) should also be nourished. One of the disease pattern for pneumonia according to the acupuncture treatment method is Lung Wind Invasion – Wind Heat and Lung Dampness – Phlegm Heat.5