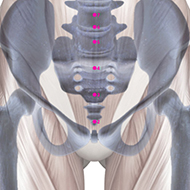 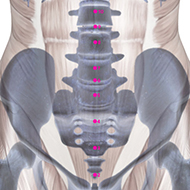 Cystic fibrosis is a known disorder of genetic origin mainly affecting the lungs, but also the pancreas, liver, kidneys, and intestine. It is a clear progressive disease that causes recurrent lung infections limiting the ability to breathe. Therefore, long-term consequences include difficulty while breathing and coughing with mucus as a result of the frequent lung infections. Since it is considered serious, its treatment should be carried out soon after diagnosis. Current medical service is actively screening newborn babies, so that treatment is given early.1

The principal signs and symptoms of cystic fibrosis are salty-tasting skin, poor growth and weight gain despite regular food intake, accumulation of thick/sticky mucus including frequent chest infections and coughing with shortness of breath. Males could be infertile as well. Early symptoms often appear during infancy and childhood, such as bowel obstruction. Once the children grow, they tend to exercise to effectively release mucus in the alveoli due to the fact that ciliated epithelial cells inside have a mutated protein that leads to abnormally viscous mucus production. The poor growth in children is caused by an inability to gain weight or height at the same rate as the others, not often diagnosed until an investigation for poor growth is initiated. There are many causes for growth failure including chronic lung infection, poor absorption of nutrients through the gastrointestinal tract, and increased metabolic demand due to chronic illness.2

Cystic fibrosis is inherited and caused by the existence of mutations of the gene for the cystic fibrosis transmembrane conductance regulator (CFTR) protein. CFTR is mainly involved in production of sweat, digestive fluids and mucus. This is why, when CFTR is not functional, secretions become thicker than normal. Therefore, the thick mucus prominent to this condition accumulates in different organs such as intestines, lungs, pancreas and liver. Patients having this condition might have received it from their parents and later they might pass the gene defect to their descendants.3

CV-3, CV-5, SP-9, ST-29. Most people suffering from cystic fibrosis need mucus clearance therapy (bronchial drainage), for both relief and long-term health of their lungs. This should be performed several times a day. Moreover, the patient’s diet has to be designed to give the extra calories and nutrients required since the body is not properly digesting nor absorbing food. This is very important during chest infections – additional energy is required to fight the infection, and to compensate for the extra effort of breathing; protein is also needed to repair the damaged tissue. In addition to pancreatic enzyme supplements, it is important for cystic fibrosis patients to supplement their diet with vitamins and minerals, since they are deficient in essential nutrients due to poor digestion. Acupuncture states that the imbalance of yin and yang causes this disorder. Then, the treatment for cystic fibrosis should restore the balance between these two vital forces. As soon as this balance is achieved, the flow of qi is expected to normalize and lead the body to cure itself.4 Acupuncture has been found to decrease pain in patients with cystic fibrosis. For instance, there are patients receiving acupuncture while waiting for lung transplants. The accompanying chest pain they experience can be caused by different factors such as phlegm obstruction, obstruction of qi in the chest, stagnation of blood in the heart, or obstruction of Yang in the chest. The appropriate acupuncture treatment for these patients includes the use of point PC-6 (Nei Guan), the connecting point of the pericardium and confluence point of the Yin-linking vessels. Acupuncture at this point treats chest pain by increasing blood circulation and dispersion of the qi in the chest. LU-7 (Lieque) is also a connecting point and is able to open the chest helping the lung to disperse the qi. CV-17 (Tan Zhong) is the gathering point for the qi and removes the stagnation of qi in the chest. LR-3 (Tan Zhong) is the source point promoting liver-qi circulation and regulation of liver function.5

It is known that patients with cystic fibrosis suffer from back pain which has a musculoskeletal origin. In this vein, frequent coughing cause muscle splinting and diverse musculoskeletal pain. In addition, osteoporosis and compression fractures occur in patients with malnutrition and mal-absorption syndromes. Now, if pain is distributed through several locations of the lower extremities, then its cause is lumbar disc protrusion or changes of the lumbar spine. The acupuncture treatments include LI-4 (He Gu) and TE-5 (Wai Guan) dissipate cold, eliminate damp and relieve external symptoms. GB-20 (Fen Chi) dissipates wind and relieves the upper back pain. BL-40 (Wei Zhong) dissipates damp. Loss of cells with fatty replacement and interstitial fibrosis is the common cause of pancreatic damage within cystic fibrosis patients. Therefore, cystic fibrosis-related pancreatic disease varies from complete loss of exocrine and endocrine function to nearly normal pancreatic function. Nearly 90% of patients with cystic fibrosis have exocrine pancreatic insufficiency and mal-absorption. Moreover, liver disease accounts for the non-pulmonary causes of mortality in patients with cystic fibrosis.6